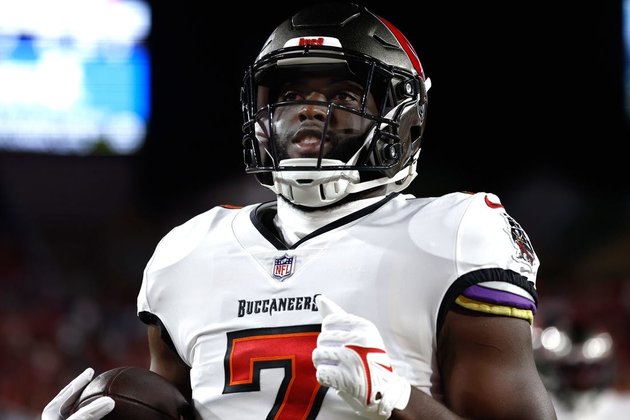 Buccaneers running back Leonard Fournette hit the injury report Thursday and was limited in practice due to a foot injury.

His status for Tampa's Week 14 game with the San Francisco 49ers is uncertain.

Fournette, 27, missed Week 12 with a hip pointer before returning Monday with 16 total touches in Tampa Bay's win over the New Orleans Saints.

Fournette, in a co-op in the Bucs' backfield with rookie Rachaad White, has a team-high 511 rushing yards this season. He has 57 receptions for 347 yards and three touchdowns.

White emerged as a threat to Fournette's starting job during the 21-16 win over the Seattle Seahawks in London. Fournette scored a touchdown in the game, but after nearly missing the trip due to a passport issue, he was slowed by the hip injury.

MANILA, Philippines: After a Filipina domestic worker was killed and dumped in the desert in the oil-rich emirate of Kuwait, ...

LONG BEACH, California: Long Beach, California-based Rocket Lab has launched its first mission from the United States, as part of ...

WSJ says Israel and Mossad behind Sunday's attacks on Iran

Israel was behind Sunday morning's drone strike on an Iranian munitions facility; the Wall Street Journal has reported, citing American ...

UK tanks for Ukraine must arrive by March, says minister

LONDON, England: Of the 14 main battle tanks and additional artillery support it will send to Ukraine, Britain hopes its ...

Exec for Juan Valdez coffee sentenced to jail in $900,000 theft

NEW YORK CITY, New York: After being convicted of stealing more than $900,000 from the company, Rosita Joseph, former executive ...

JERUSALEM, Israel: As demand for its driver-assistance technology rises among vehicle-makers, Mobileye Global is forecasting revenues for the 2023 fiscal ...

SEOUL, South Korea: South Korean officials have said that the government will double energy vouchers and provide discounts on gas ...

AUSTIN, Texas: Tesla gas announced an investment of more than $3.6 billion to expand its Nevada Gigafactory complex with the ...