VANCOUVER, BC / ACCESSWIRE / December 1, 2022 / Marvel Discovery Corp. (TSX-V:MARV)(Frankfurt:O4T)(MARVF:OTCQB); ('Marvel' or the 'Company') is pleased to announce that an application has been made to the Provincial and Municipal governments for a Drill Program on the Duhamel Nickel-Copper-Cobalt-Platinum Group Property. In addition, notice has been sent to the Nitassinan de Mashteuiatsh First Nation for their review. 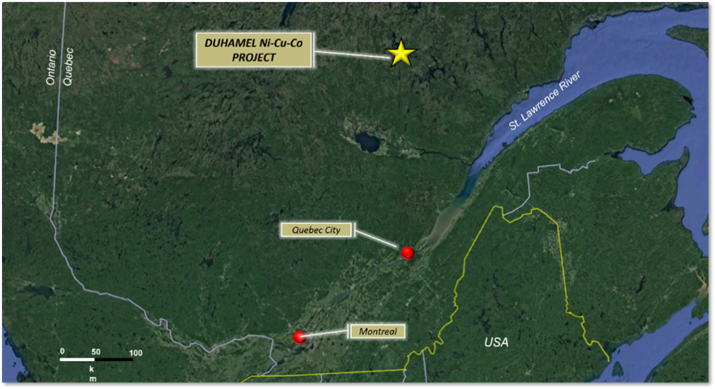 The company plans for an inaugural drill campaign of 2000m with plans to test up to 10-20 target areas with hole depths ranging from 100-200m. Airborne magnetic and TDEM surveys identified several high priority target areas which will be the focus and tested by diamond drilling.

Mr. Karim Rayani, Chief Executive Officer commented, 'We are extremely satisfied with our compilation data at Duhamel and are excited to begin drilling on what we consider a very intriguing Nickel Target. Of considerable interest is that we know there is Nickel mineralization in this system, as drilling by Virginia Gold Mines in 2000 intersected over 3m of mineralization with assays of 1.27% Nickel, 0.33% Copper and 0.12% Cobalt. This historical drilling appears to be proximal to the higher conductance TDEM targets. In other words, we don't think the best conductors have ever been drill tested, and while it is unknown if there is a direct correlation between high conductivity and increase nickel content in this location, it certainly does hold true for most magmatic nickel-copper sulphide deposits.'

The Duhamel project is located between Chutes-des-Passes and Pipmuacan Reservoir deformation zones (or areas) included in central part of Proterozoic Grenville Geological Province (Figure 2). The Duhamel Property is characterized by the presence of large mafic to ultramafic intrusive rock bodies located in northern margin of the Saguenay‐Lac‐Saint‐Jean (SAGLSJ) Anorthosite Suite, one of the largestanorthosite intrusive bodies in the world. The Chute-des-Passes-Pipmuacan reservoir areas contains numerous massive sulfide and iron oxide mineralization occurrences recognized and documented by the Quebec government (Sigeom, Figure 2). 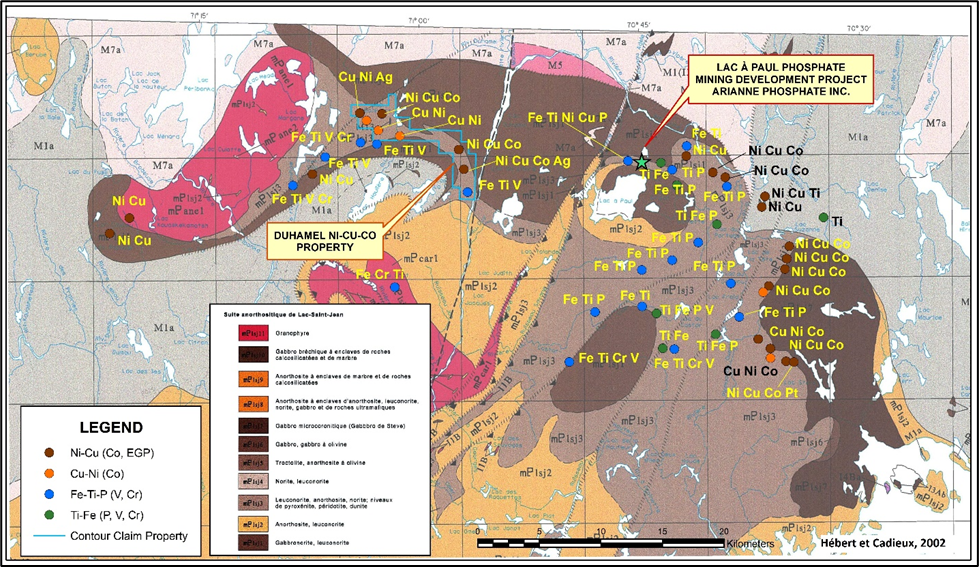 Wayne Holmstead, P. Geo, an independent qualified person as defined in National Instrument 43-101, has reviewed, and approved the technical contents of this news release on behalf of the Company.

Marvel, listed on the TSX Venture Exchange for over 25 years, is a Canadian based emerging resource company. The Company is systematically exploring its extensive property positions in:

ON BEHALF OF THE BOARD
Marvel Discovery Corp.
'Karim Rayani'

DALLAS, Texas: Oil and gas pipeline operators are preparing to stockpile equipment following severe weather forecasts for the next few ...

TikTok CEO to appear before US Congress to discuss security concerns

WASHINGTON D.C.: As US lawmakers investigate the Chinese-owned video-sharing app TikTok, its Chief Executive, Shou Zi Chew, has confirmed that ...

TEHRAN, Iran: A gunman this week stormed the Azerbaijan Embassy in the Iranian capital, Tehran, and killed its security chief ...

Concerns about recession in Germany after economy shrinks in Q4

FRANKFURT, Germany: Data released this week showed that the German economy unexpectedly shrank in the fourth quarter of 2022, indicating ...

TOKYO, Japan: In a statement posted on the website of the Chinese Embassy in Tokyo, Beijing announced that it will ...