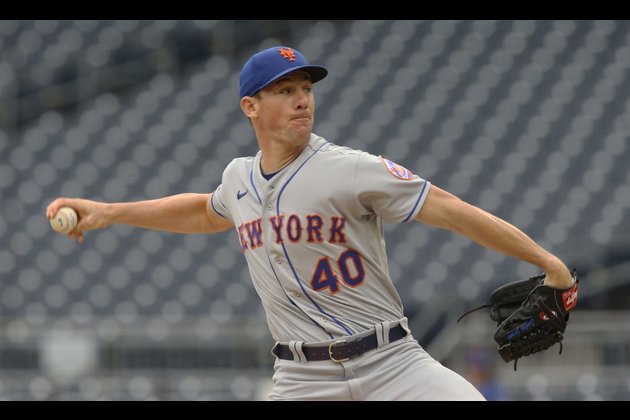 Chris Bassitt makes his return to the site of 13 previous wins when he and the New York Mets continue their pursuit of the National League East title against the host Oakland Athletics on Friday night.

The teams kick off a three-game series.

The Mets (95-56) had Thursday off to fly to Oakland, where they were able to relax and watch as the Atlanta Braves, who began the day one game behind, lost to the Philadelphia Phillies.

New York had a six-game winning streak snapped Wednesday in a 6-0 home loss to the Milwaukee Brewers. One of the wins was authored by Bassitt (14-8, 3.32 ERA), who earned his career-best 14th victory with six innings of shutout ball in a 5-1 home triumph over the Pittsburgh Pirates on Saturday.

Bassitt not only is trying to help keep the Mets atop the NL East, but also attempting to lock up a spot in the club's postseason rotation. He's dueling Taijuan Walker and Carlos Carrasco for a slot or two behind Max Scherzer and Jacob deGrom.

The only A's who have ever batted against Bassitt are Stephen Vogt, who has gone 0-for-8, and Tony Kemp, who's 1-for-4. Vogt has the advantage of having caught Bassitt 11 times.

Vogt and Kemp will be riding the momentum of productive individual performances in Thursday's 9-5 home loss to the Seattle Mariners. Vogt ignited a five-run third inning with a bases-loaded triple, before Kemp's second of two hits, an RBI single, capped the uprising.

The hit was an emotional one for Vogt, who told his teammates before the game that he would be retiring at season's end.

Kemp went 5-for-12 in the series with a double, homer and five RBIs.

Despite the loss, the A's took the series 2-1 and have won three of five. They'll look to keep the winning ways going Friday behind left-hander Cole Irvin (9-11, 3.79).

Irvin has stepped into the role of staff ace following the departures of the team's top three winners from a year ago -- Frankie Montas (13), Bassitt (12) and Sean Manaea (11). Irvin won 10 games as the club's fourth starter in 2021 and can match that career-best figure with a win against the Mets.

The 28-year-old has pitched just one inning of relief against the Mets in his career, retiring all three batters he faced. That occurred for the Philadelphia Phillies in 2019.