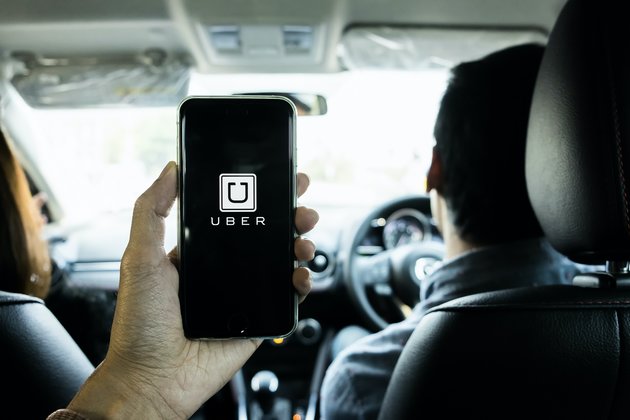 Uber Australia has struck a historic agreement with the Transport Workers' Union - a statement of principles that re-regulate work in the Australian rideshare and food delivery industry.

This is a major shift to industrial relations in the gig economy.

Uber and its rival platforms have largely treated their workforce as independent contractors, not employees with rights to benefits such as sick leave, minimum wages or union representation.

Now the poster company of the gig economy has agreed with the union that workers on the platform should receive some baseline conditions.

What Uber and the Transport Workers' Union agree on

First, and most importantly, Uber and the Transport Workers' Union have agreed to support the creation of an independent umpire, potentially as part of the Fair Work Commission, to apply minimum standards and practices across the industry.

There are four key objectives.

First, an enforceable floor around earnings, to give transparency to drivers and ensure platforms don't seek to compete by driving down labour costs. Earnings are a critical concern for gig workers.

Second, enhanced and low-cost opportunities for workers to resolve disputes via an independent umpire. Gig workers, as contractors, currently have little recourse to address grievances.

Read more: Delivery workers are now essential. They deserve the rights of other employees

Third, the right for workers to collectively organise and be represented by a union.

Fourth, the effective enforcement of these and other standards, including occupational health and safety compliance.

Beyond these key principles, Uber and the Transport Workers' Union have also agreed to have an ongoing conversation about making these principles work in reality, not just on paper.

The Uber-Transport Workers' Union statement of principle follows the union signing a similar joint charter with DoorDash in May.

Given DoorDash has been operating in Australia since 2019, and Uber since 2012, why are they making these voluntary agreements to pursue improved working conditions now?

The new Labor government's plans for the gig economy and employee-like work arrangements include giving the Fair Work Commission the power to regulate "employee-like" forms of work.

The exact details and timeline for these reforms have not been announced.

These union-platform agreements suggest that platforms are keen to get in front of, and potentially shape, this regulation agenda.

Critically, unions and platforms working together may mean the end of the classification debates - employee versus independent contractor - that have been fought out in the Fair Work Commission and the courts over the past five years.

As we have suggested previously, the debates over whether workers treated as independent contractors should actually have been classified as employees have largely been a dead-end. They may have even harmed workers, as platforms have sought to avoid doing anything the Fair Work Commission or a court might interpret as indicative of an employer-employee relationship.

This agreement represents a different approach that may produce better outcomes. It should help platforms avoid the cost and reputational damage of ongoing litigation. It also helps the union. Recent High Court rulings have made it harder for the union to recruit, organise and represent gig workers. This agreement implicitly accepts the union's right to represent those workers.

These statements of principles also strongly align with the Albanese government's proposal to imporve the conditions of "employee-like work."

Uber and Doordash appear to be embracing self-regulation to help set the agenda around what is (and importantly what is not) included in the new regulations for employee-like work arrangements.

The future of gig work is looking very different from what it did a few months ago.

ZAGREB, Croatia: Authorities have said that a weekend bus crash near Varazdin in Croatia killed 12 passengers and injured 32.The ...

US, India to hold military exercise near disputed Chinese border

WASHINGTON D.C.: The U.S. will participate in a joint military exercise in mid-October with India, less than 62 miles from ...

MOSCOW, Russia: A leading Russian scientist in the field of hypersonic flight, Dr. Alexander Shiplyuk, has been arrested on suspicion ...

Citing safety of children, LA to move homeless away from schools

LOS ANGELES, California: During a meeting that was disrupted by protesters this week, the Los Angeles City Council voted to ...

WASHINGTON D.C.: The U.S. Justice Department announced this week that former Puerto Rico governor Wanda Vazquez has been arrested in ...

NEW YORK, New York - Stocks were decidedly mixed in the U.S. on Tuesday as investors struggled to make a ...

SYDNEY, NSW, Australia - Stocks in China were flat to lower on Tuesday as investors weighed up the disappointing economic ...

LONDON, England: Reports from the UK's opposition Labour Party said its leader, KeirStarmer, will call for a freeze on energy ...

The Shape of Water