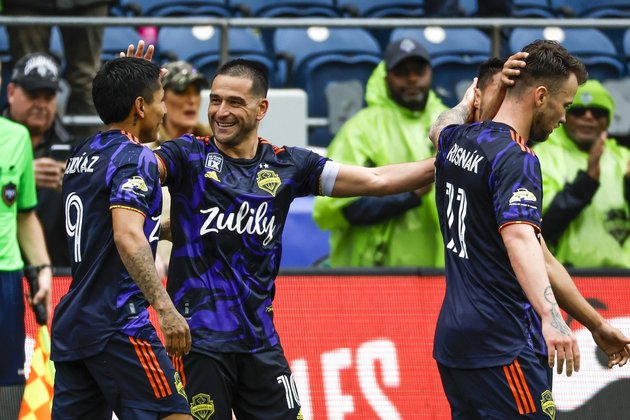 While the Seattle Sounders became the first MLS team to win the CONCACAF Champions League title earlier this month, they went 43 days between MLS victories.

With the drought now over, Seattle (3-5-1, 10 points) aims to notch back-to-back MLS victories for the first time this season when it visits the Houston Dynamo on Wednesday night.

Raul Ruidiaz scored on a penalty kick, and Cristian Roldan and Nicolas Lodeiro added goals as the Sounders overcame an early deficit to post a 3-1 home win over Minnesota United on Sunday.

The victory halted a three-game skid in MLS play for the team that posted a stunning 3-0 win over Pumas UNAM on May 4 to win the Champions League crown.

"I want the team to be proud of that accomplishment because we were the first MLS team to win CCL, the current version of CCL, and that's something that we're very proud of," Sounders coach Brian Schmetzer said after the victory over Minnesota. "Now, the other side of that is just making sure that the players understand that we're not just going to rest on our laurels. That's not what the Seattle Sounders do."

While Seattle is looking to overcome its slow start, Houston (4-4-3, 15 points) snapped out of its own funk with Saturday's 2-0 home win over Nashville SC.

The Dynamo had lost three straight matches and were 0-3-1 during a four-game stretch before their first MLS win in 35 days.

"It was clear that we had to win," Quintero said afterward. "We came in with three consecutive losses in the league and there was no other option but to get three points. We had no other possibility."

It wasn't an easy win as the Dynamo played a man short for the final 65 minutes after Adam Lundqvist was given a red card for a dangerous sliding tackle. Houston led 1-0 at the time and Quintero scored his team-leading fifth goal in the 53rd minute.

The Dynamo defeated Seattle 2-1 last October to halt an eight-game skid in the series.