SAN DIEGO, CA / ACCESSWIRE / May 17, 2022 / TPT Global Tech, Inc. www.tptglobaltech.com ('TPTW' or the 'Company') (OTCQB:TPTW) announced today that the company has officially initiated its 'Smart City' project with the execution of Real Estate Sales Agreements to acquire approximately 135 acres of land in Tuskegee, Alabama. CEO Stephen Thomas entered into the transactions with the Gray Family Limited Partnership and Lakeside Ranch, Inc. represented by legendary Civil Rights Attorney Fred Gray. The two parcels of land, which have been in Mr. Gray's family since the 1980s, are comprised of one approximate 45-acre parcel along Tuskegee Lake and the second an approximate 85-acre parcel along route 80 heading to Auburn, Alabama. Per the agreement, TPT Global Tech will be paying approximately $1.7M for the properties, of which it paid a combined $10,000 in down payments. The Company has until November 11, 2022, to close the transactions including paying the remainder of the purchase price which it intends to fund from current fundraising efforts. Closing of the transactions are subject to obtaining financing, all surveys, and finalizing master plans for the kick-off of the Company's 'Smart City' project. The Company has been working with the Director of the Macon County Economic Development Corp., Joe Turnham, Tuskegee Mayor Tony Haygood, the Tuskegee City Council, and the Tuskegee Utility Company to secure additional land for its project.

The Company is currently in negotiations with several manufacturing companies, and hotel chains, to locate or participate in the TPT Global Tech/Tuskegee Smart City project.

Fred David Gray (born December 14, 1930) is a civil rights attorney, preacher, and activist in Alabama. He litigated several major civil rights cases in Alabama, including Browder v. Gayle, that reached the United States Supreme Court. He served as the President of the National Bar Association in 1985, and in 2001 was elected as the first African-American President of the Alabama State Bar.[1] During the Civil Rights Movement, Gray came to prominence working with Martin Luther King Jr. and E.D. Nixon, among others. Among his first cases as a young Alabama attorney (and solo practitioner), Gray defended Claudette Colvin and later Rosa Parks, who were charged with disorderly conduct for refusing to seat themselves in the rear of segregated city buses.(https://en.wikipedia.org/wiki/Fred_Gray_(attorney)) 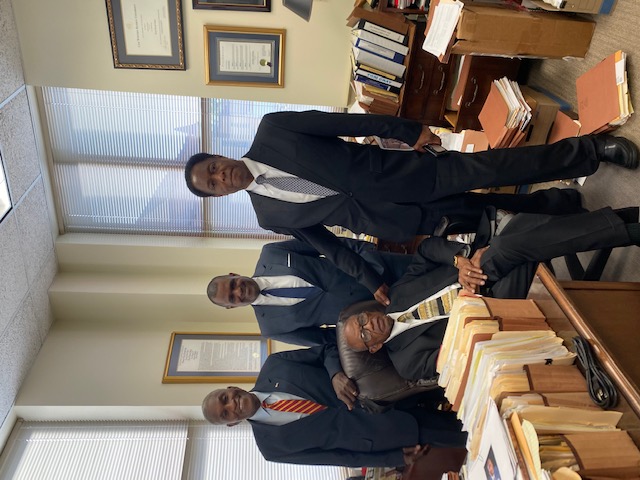 'To be sitting with and now working with such an icon in American Black history as Fred Gray, was such a distinct honor for me. For Mr. Gray, representing entities entering into these agreements with TPT Global Tech and to help make prime real estate available to us in Tuskegee to kick off this Smart City project, is another example of his commitment to serve the greater community by bringing jobs and technologies of the future to the region. TPT Global Tech, we believe, this transaction now positions the company closer to showcase its various technological capabilities and demonstrate why we made our Company's product builds and technology acquisitions decisions.' said Stephen Thomas, CEO of TPT Global Tech.

Birds of Prey (and the Fantabulous Emancipation of One Harley Quinn