Caldwell Expands Partnership Capabilities with the Addition of Byron Marchant

TORONTO, ON and WASHINGTON, DC / ACCESSWIRE / May 17, 2022 / Retained executive search firm Caldwell (TSX:CWL); (OTCQX:CWLPF) today announced the addition of Byron Marchant as a partner in the Board & CEO Practice, adding to Caldwell's capabilities in the US federal and state public sector, public utilities sector, and the sports and entertainment space. The firm also announced the establishment of new offices in Annapolis, MD and the Washington, DC area. 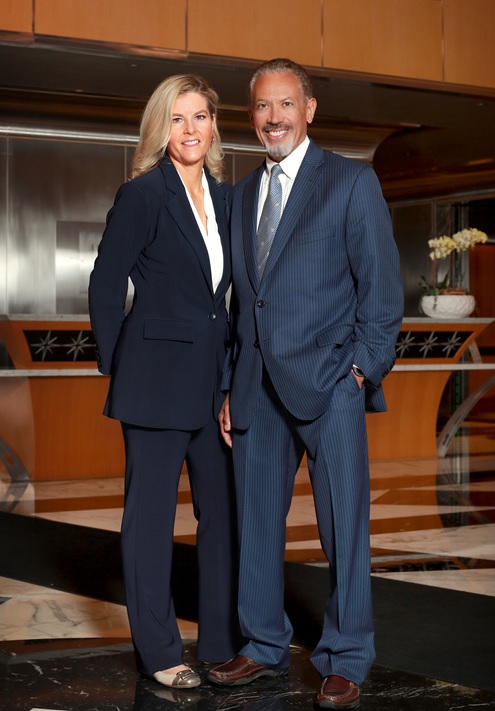 'Byron has a successful track record that cuts across a wide range of areas - from his impressive tenure leading the US Naval Academy Alumni and Foundation to his role in the $3B acquisition of BET by Viacom to his background with technology and nuclear submarines in the Navy and everything in between,' said Jay Millen, managing partner of Caldwell's Board & CEO Practice. 'He's an incredibly accomplished individual with an exceptionally wide network of content, which together make him a true asset to the team.'

Mr. Marchant joins Caldwell from the US Naval Academy Alumni and Foundation, where he served as president and CEO for over 13 years. His tenure was highlighted by his steady, strategic leadership for the organization through the 2009 recession and the ongoing COVID-19 pandemic. Byron oversaw the most successful campaign in Alumni Association and Foundation history - raising more than $541 million in support of the Naval Academy's Strategic Plan 2020.

'I'm excited to join the Caldwell team and look forward to helping expand the firm's markets in these key sectors,' said Marchant. 'The human capital challenges ahead for these sectors are significant, and impacted by rapid technological change, energy shortages, supply chain risks and national security challenges. I look forward to adding value in this market space for our clients.'

Previously, Mr. Marchant served as the executive vice president, general counsel, & chief administrative officer for Black Entertainment Television (BET). In that role he was the lead representative in the execution of the $3B acquisition of BET by Viacom Inc. He was a partner with the law firm Patton Boggs, LLP, and previously served as senior vice president and general counsel for Annapolis-based Telecommunications Systems Inc. He also served as senior legal advisor to Federal Communications Commissioner Andrew Barrett and was an attorney with Sidley Austin.

Mr. Marchant is a lifetime member of the U.S. Naval Academy Alumni Association, a trustee of the Naval Academy Athletics and Scholarship Foundation, a member of the New Jersey Bar, the U.S. Supreme Court Bar, and the American Bar Association. He has depth of experience in the board room and currently serves as a director at the Naval War College Foundation, YMCA Board of Central Maryland and Baltimore Community Foundation.

Mr. Marchant is joined by Tiffany Faucette, who is joining Caldwell as an associate, focusing on recruiting high level executives in the sports and entertainment, federal and state public sector and the public utilities sector. Ms. Faucette has a highly successful 30-year track record in the professional sports world as an award-winning LPGA instructor, competitor, entrepreneur and author, delivering a rare combination of sports and business acumen. Additionally, she launched FG Enterprises, which conceived, developed, patented, and released globally available products, as well as an instructional book. She has made numerous appearances on television and talk radio, including The Golf Channel, NBC, ABC, and Fox. Ms. Faucette holds a B.S. in marketing, magna cum laude, from Florida State University.

'This is an exciting next step for Caldwell,' said Chris Beck, president. 'Byron and Tiffany are expanding our capabilities from both a geographic and industry perspective with the launch of our two new offices and the additional focus on the sports and entertainment industry, federal and state public sector, and the public utilities space. We're thrilled to have such exceptional people join our outstanding team and lead our continued growth in the mid-Atlantic market and our firm.'

About Caldwell
Caldwell is a leading retained executive search firm connecting clients with transformational talent. Together with IQTalent Partners, we are a technology-powered talent acquisition firm specializing in recruitment at all levels. Through the two distinct brands - Caldwell and IQTalent Partners - the firm leverages the latest innovations in AI to offer an integrated spectrum of services delivered by teams with deep knowledge in their respective areas. Services include candidate research and sourcing through to full recruitment at the professional, executive and board levels, as well as a suite of talent strategy and assessment tools that can help clients hire the right people, then manage and inspire them to achieve maximum business results.

Caldwell's common shares are listed on The Toronto Stock Exchange (TSX:CWL) and trade on the OTCQX Market (OTCQX:CWLPF). Please visit our website at www.caldwell.com for further information.