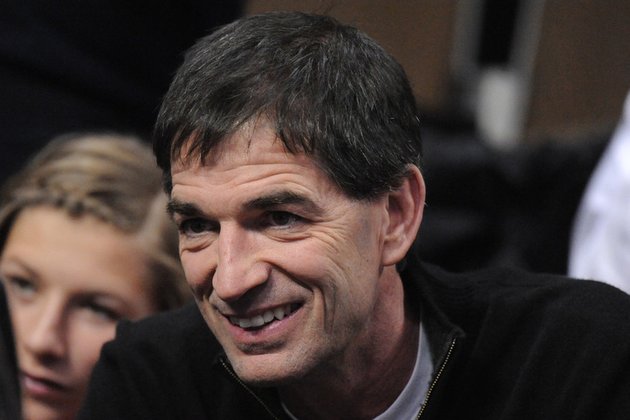 John Stockton, the former Utah Jazz standout and ten-time NBA All-Star, has been banished from watching his former college team, the Gonzaga Bulldogs, due to his refusal to obey a school rule which requires attendees to wear a face covering at all times.

Stockton, whose famous number 12 jersey has been 'retired' by the school in an official nod to his achievements on the basketball court, told The Spokesman-Review that a "congenial" but "not pleasant" conversation had taken place with Gonzaga athletic director Chris Standiford.

The 59-year-old, who played his entire 19-year professional career with the Jazz and helped his team qualify for the playoffs in every season he was with the team, had previously come under fire for speaking in a video in which he made clear his opposition to various restrictions put in place in the United States to mitigate the spread of Covid-19.

"Basically, it came down to they were asking me to wear a mask to the games - and being a public figure, someone a little bit more visible, I stuck out in the crowd a little bit," Stockton said.

The school and its athletic director have refused to comment specifically on suspending Stockton's tickets to attend games indefinitely, but said in a statement that any actions taken are to safeguard the health and safety of attendees - who are required to show proof of vaccination or a negative Covid-19 test from the previous 72 hours to gain entry to their arena.

"We will not speak to specific actions taken with any specific individuals," Gonzaga announced in a statement.

"We take enforcement of Covid-19 health and safety protocols seriously and will continue to evaluate how we can best mitigate the risks posed by Covid-19 with appropriate measures.

"The recent decision to suspend concessions in McCarthey Athletic Center is an example of this approach. Gonzaga University places the highest priority on protecting the health and safety of students, employees and the community."

Stockton, meanwhile, added that he felt the furor has strained his relationship with the school where he played for four years and still holds the record all-time steals and steals per game.

"I've been part of this campus since I was probably five or six years old," he reflected. "I was just born a couple blocks away and sneaking into the gym and selling programs to get into games since I was a small boy.

"So it's strained but not broken and I'm sure we'll get through it - but it's not without some conflict."