Cultural and creative industries shine in Jining, a city rich in culture and history

It is the birthplace and origin of Chinese ethics and culture. It is the starting point of Confucianism and the breeding ground of great philosophers, from Confucius to Mencius, among others. Jining is the most important transit hub between China's northern and southern cultures as it sits in the middle of the significant Beijing-Hangzhou Grand Canal.

With a cultural treasure passed down through thousands of years, nowadays, the city has promoted its cultural and creative industries as a way to perpetuate the life and spirit of ancient culture and showcase the city's unique charms.

In recent years, Jining has continuously been improving the layout of cultural and creative industries, actively expanding the industrial supply chain and creating an innovation and entrepreneurship ecosystem that integrates technology business incubators, accelerators, and industrial parks.

Kong Kai, 35, is Confucius' 76th generation of descendants. Today, he has a special role as the Executive Director and host of the annual Confucius Memorial Ceremony.

In the past decade, during the ceremony held at the Temple of Confucius every September 28 on Confucius' birthday, Kong has read the tribute in a considered tone and cadence.

The annual ceremony is a grand festival for regions deeply influenced by Confucianism that is broadcasted on TV to the world. But what people see today is the result of Kong and his colleagues' cumulative efforts and sweat.

The Confucius Ceremony, passed down through generations in history, was halted in 1955 and was not performed again until more than 40 years later. It was in 2010, when Kong took over the job of hosting the ceremony, that the revamp of the thousand-year ceremony fully started.

Kong said that at the time, he and his team read a lot of documents and asked for advice from musicians that played ancient instruments and performers who had participated in ceremonies before the moratorium.

They have also added some new creations to make the aesthetics and form more acceptable to modern society. For instance, after 'translating' the ancient traditional music scores and introducing modern touches, the team adapted some notes to make the melody 'playable.'

'The memorial to Confucius has been performed since ancient times and the present ceremony imitates the rituals, props and costumes, and combines modern etiquette,' Kong told the Global Times.

'It is like preparing an annual report for our ancestors,' Kong said, 'but it is also necessary for people today to understand that we should remember and show respect to and be in awe of certain things.'

Nowadays, the Confucius ceremony is the most important event in the Confucius scenic spot in Jining. Meanwhile, many products have been created and promoted around the city's biggest cultural icon.

Although impacted by the pandemic, the income from selling Confucius-related products reached 7 million yuan in 2020 ($1.1 million). Du Cheng, who is in charge of sales at the Sankong Cultural and Creative Company in Qufu, told the Global Times.

These cultural and creative industries could boost the local economy while shouldering some social responsibility. This has been illustrated by some cultural companies in Jining.

More than 70 percent of the employees at the Meiyuantao Art Porcelain Company in Jining are persons with disabilities. They are hired as artists in the company to draw and paint Confucius, pandas, and flowers onto porcelain and papers in the unique style and skill only used in Jining.

Kong Dongqing, 21, was one of the 'most experienced' artists in the company. She is talented in coloring and often helps newcomers hone their skills.

'I had never thought I could do a job that I truly enjoy,' she said. 'Here I have made many friends and shared my knowhow with them.'

Nowadays, the delicate porcelain painted with stories of the life of Confucius or other elements loved by people, such as pandas, flowers and ancient beauties, are displayed and sold in China and in other countries like Italy.

In the past decades, cultural and creative industries in Jining have also been exploring international exposure and have gradually become a calling card for the city.

Recently, a grand acrobatic show inspired in Liang Shanbo and Zhu Yingtai, debuted in Jining after two years of preparation with great success.

The story of Liang Shanbo and Zhu Yingtai is familiar to every Chinese and is known in the world by the name of 'The Butterfly Lovers.' People call it 'the oriental Romeo and Juliet.' The melody of Liang and Zhu has become one of the most iconic pieces of Chinese music.

The touching love story also happens in today's Jining as well. That is why the Jining Acrobatic Troupe decided to go ahead with the project. 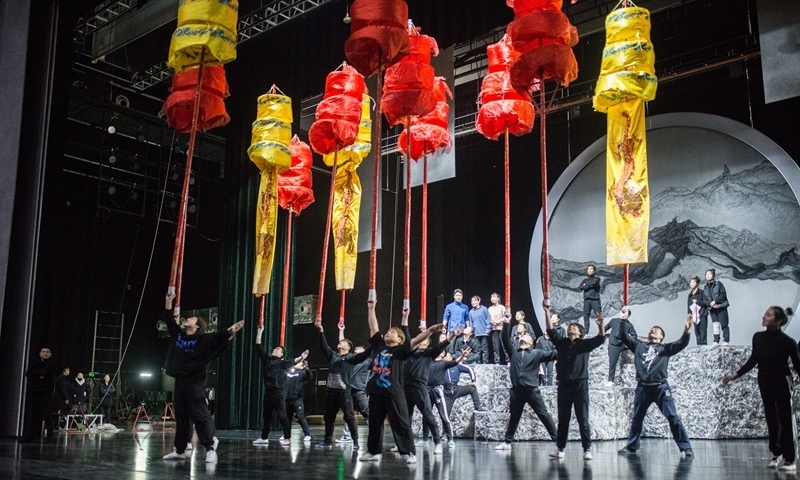 Cultural and creative industries shine in Jining, a city rich in culture and history

The performance is designed in a more international style and incorporates modern aesthetics combined with a traditional Chinese images,' the director said. It is a mixture of beauty, romance, youth and moving emotion.

'After the pandemic, we would like to perform this show in other countries to spread this classic Chinese story in the world,' Zhao Jiangang, Manager of the Jining Acrobatic Troupe, told the Global Times. 'A life of a good and qualified show could last very long. We are patient enough and believe our show will shine in the world one day,' Zhang remarked.

Original Source of the original story >> Cultural and creative industries shine in Jining, a city rich in culture and history

There is no offer to sell, no solicitation of an offer to buy, and no recommendation of any security or any other product or service in this article. Moreover, nothing contained in this PR should be construed as a recommendation to buy, sell, or hold any investment or security, or to engage in any investment strategy or transaction. It is your responsibility to determine whether any investment, investment strategy, security, or related transaction is appropriate for you based on your investment objectives, financial circumstances, and risk tolerance. Consult your business advisor, attorney, or tax advisor regarding your specific business, legal, or tax situation.

China lashes US for change on website supporting Taiwan independence

BEIJING, China: China's Foreign Ministry rebuked the U.S. for changing the wording about Taiwan on the State Department website, stressing ...

VATICAN CITY: While recovering from knee problems that have forced him to use a wheelchair last week, Pope Francis announced ...

NEW DELHI, India: India has banned the exporting of wheat, despite stating it was targeting record international shipments this year, ...

NEW DELHI, India: Tesla made known this week that it will not sell electric automobiles in India due to the ...