Race, immigration in focus as Americans head to the polls 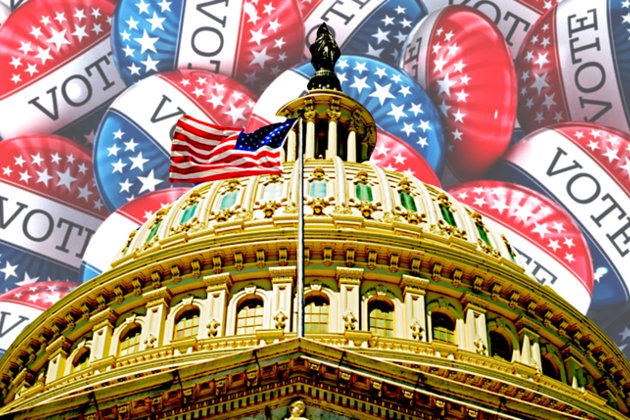 NEW YORK, U.S. - At the end of a fiery and divisive campaign for the U.S. Congressional elections, that is being widely seen as a referendum on the U.S. President Donald Trump and his presidency, Americans headed to the polls on Tuesday.

With all the 435 seats in the U.S. House of Representatives, along with 35 of 100 seats in the Senate and 36 governorships up for re-election - American votes will deliver a judgement on not just the critical power balance in the U.S. Congress, but also on the future of Trump's administration and his policies.

With Democrats campaigning to end the Republican monopoly in Washington and state legislatures across the country, and Republicans fighting hard to retain dominance in both the houses of the Congress - the midterm election has been marked by a strong and divisive campaign and is therefore expected to witness high voter turnout.

Democrats are hoping to hamper the implementation of Trump's hardline policies by seizing control of one of both chambers, while Republicans hope to maintain power in both the Senate and the House of Representatives, so as to build on the President's agenda.

Both the sides have spent billions of dollars on campaigning material and the final day of campaigning witnessed an embarrassing controversy for the GOP after several networks and media houses pulled an ad by Trump's campaign.

NBC, CNN, Fox News and Facebook dropped a 30-second spot by the Trump campaign that was labelled as racially divisive by critics and some members of Trump's own party.

The ad featured a courtroom video of an illegal immigrant from Mexico, who was convicted in the 2014 killings of two police officers, alongside scenes of migrants headed through Mexico.

According to the U.S. Elections Project, a University of Florida-based information source, about 34.3 million people have cast early ballots but the real number is believed to be much higher.

Estimates further stated that in Texas, early voting exceeded the entire turnout in 2014 - which still at 27.5 million.

Earlier this week, weather forecasts suggested thunderstorms along the eastern coast for Tuesday and snowstorms were predicted in the Midwest, which were set to affect turnout.

However, experts are predicting that voter turnout could be the highest for a midterm election in half a century.

Late on Monday evening, the Utah Elections Office released an update showing that even before Election Day, Utah's voter turnout for the midterm had exceeded the turnout from the last midterm.

The Elections Office update showed that 47.7 percent of registered voters have voted, which totaled 667,302 ballots.

The update stated that in 2014's midterm election, Utah ended up with a voter turnout of 46.25 percent.

Utah County Clerk Bryan Thompson said in a statement, "For a midterm general election, there is a lot of enthusiasm and a lot more interest in this election than I've seen in many years."

He added that he predicts turnout for Utah County to approach 60 percent.

In Kentucky, the first polls will close at 18.00 EST (23.00 GMT), and analysts are eyeing the state closely as it could provide some early indications of the direction of the race.

On the final day of campaigning, Trump delivered fiery speeches at three final campaign rallies, in Ohio, Indiana and Missouri.

The President reiterated key campaign issues and stressed on his message of fear, pointing out that Democrats would damage the economy and bolster illegal immigration that he is fighting hard against.

Meanwhile, Democrats focused on healthcare and economic inequality and hoped that the vast young and suburban population that has raised its voice against Trump's rhetoric will convert into positive poll numbers.

While Trump's final message to his supporters was that, "Everything we have achieved is at stake tomorrow," the former U.S. President Barack Obama - who has been on the campaign trail for the Democratic party - declared at a rally that "the character of our country is on the ballot."

Obama tweeted that the vote "might be the most important of our lifetimes."

59% of Venezuelan housholds not in position to buy enough food

CARACAS, Venezuela - Hyperinflation in Venezuela means that roughly one-third ofthe population more than nine million people do not get ...

The Crown has been check-mated by the hiatus in the George Pell case. According to the prosecution the complainant was ...

A senior International Olympic Committee member said this summer's Tokyo Olympics could be canceled if the coronavirus is not under ...

Iran slow to hold security forces to account over protests

BEIRUT, Lebanon - Iranian authorities have failed to hold security forces accountable for excessive and unlawful use of lethal force ...

WASHINGTON, DC - The number of coronavirus cases in South Korea skyrocketed to 833 on Monday, a roughly 27-fold increase ...

SYDNEY, NSW, Australia - It was another bearish day on Asian stock markets on Thursday.Global markets continue to lose ground ...

Could coronavirus really trigger a recession?

Fears are growing that the new coronavirus will infect the U.S. economy.A major U.S. stock market index posted its biggest ...

Selling frenzy on Wall Street runs out of steam

NEW YORK, New York - U.S. stocks were flat to lower on Wednesday as investors and traders started to take ...

MOUNTAIN VIEW, California - Google on Wednesday announced it will invest more than $10 billion in offices and data centers ...

Walt Disney's world to be headed by Chapek

Global esports revenue is set to exceed $1 billion in 2020, according to a report Tuesday from Newzoo."The esports market ...